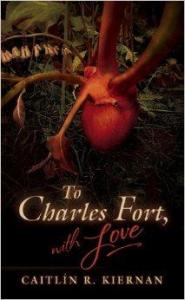 H.P. Lovecraft is always a good source for quotes, so let’s take a look at how he defines different types of horror:

…Fear-literature must not be confounded with a type externally similar but psychologically widely different; the literature of mere physical fear and the mundanely gruesome. […] The true weird tale has something more than secret murder, bloody bones, or a sheeted form clanking chains according to rule. A certain atmosphere of breathless and unexplainable dread of outer, unknown forces must be present; and there must be a hint, expressed with a seriousness and portentousness becoming its subject, of that most terrible conception of the human brain—a malign and particular suspension or defeat of those fixed laws of Nature which are our only safeguard against the assaults of chaos and the daemons of unplumbed space.

It’s worth focussing on that last line – suspension or defeat of those fixed laws of Nature – because of how all-encompassing it is. By definition, it involves everything that is supernatural. The slightest violation of the natural laws can be the gateway to losing faith in the rational world altogether.

Yet the supernatural has been dulled to us. Two hundred years of ghost stories have strengthened our tolerance for the weird. Opening doors and rattling light fixtures have been reduced to mere clichés; now such things are part of the standard spooky atmosphere, a placeholder until the narrative’s main phantasm makes its appearance. Cutlery skittering off tables, the sounds of groaning pipes coming from walls where there are no pipes? They’re just part of the landscape.

Yet each of these represents a violation of the laws of nature. If you just take one and focus on it, surely you would feel the same assaults of chaos that Lovecraft described. An unlit candle suddenly flaring alight is equally as impossible as a phantasmal coach and horses charging through your living room; all it takes is for you to dwell long enough on the candle.

And today’s story focuses upon the most innocuous of impossibilities – a puddle of mud in an alley – and uses it to generate a superb horrific atmosphere.

Elvin and Shanna work at a second-hand bookstore together; Shanna got Elvin the job, but they broke up a few weeks later, and both of them need the money. And it’s hot. Outside it’s 103 degrees and not much cooler inside. Home is no relief for Elvin, as Shanna took her air conditioner with her and he can’t afford a new one yet, so he spends the nights baking away.

It’s in this oppressive environment that Elvin notices a puddle of mud out in the alley behind the bookshop. It’s only a few inches across, but its very presence in the heat is certainly unusual. Its oddity makes him remember it, notice it when he comes out the next day:

Elvin takes another bit of his sandwich, another gooey, bland yellowwhite mouthful, and the puddle shimmers and glints wet beneath the Alabama sun. Yes, he thinks, it is wider than yesterday. At least two feet across now, and the water’s risen over the edges of the pothole. So maybe it’s a leaky pipe under the alley, not actually busted, just a slow leak or there’d be a lot more water. He smiles, feeling stupid because he didn’t think of that to start with.

But there is no leak, and the puddle gradually grows wider under the scorching sun. A mote of impossibility is all you need…

Where to find it: To Charles Fort, With Love, collection, 2005, Subterranean Press